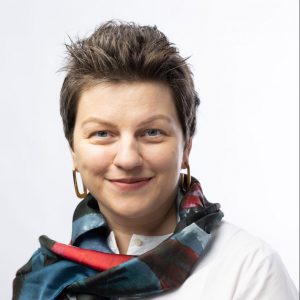 Milda Ališauskienė, professor at the Departments of Political Science and Sociology at Vytautas Magnus University

Milda Ališauskienė is Professor at the Departments of Political Science and Sociology at Vytautas Magnus University, Kaunas, Lithuania. Her research interests include religion in the post-socialist society, religion and state relations, religious diversity, religious fundamentalism, new religions, gender and religion. She has published more than 30 social scientific research articles on religion in contemporary Lithuania and the Baltic States and contributed to collective monographs and studies on social exclusion of minority religions and on the process of secularization in Lithuania. In 2011 together with Ingo W. Schroeder she co-edited a volume “Religious Diversity in Post-Soviet Society” (Ashgate, since 2016 – Routledge). In 2017 and in 2021 she was a guest-editor (in 2021 – together with Edward Irons) Nova Religio: The Journal of Alternative and Emergent Religions special issues on new religions in Eastern Europe and on religious leadership in new religions.

Milda Ališauskienė is the principal investigator in the research project „Religion and Gender Equality: Baltic and Nordic Developments“. She will be coordinating the project and will investigated the gender equality perception among minority religions in Lithuania.