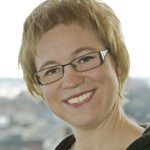 Marianne Bjelland Kartzow is Professor of New Testament Studies at the University of Oslo, a position she has held since 2013. Currently (2020-21) she co-chairs an international research project at the Center for Advanced studies, called Books Known Only by Title: Exploring the Gendered Structures of the First Millennium Imagined Library (https://cas.oslo.no/research-groups). She is also the Program leader for the Master Program Religion and Diversity: Conflict and Co-existence at the Faculty of Theology. Kartzow has lived two years in Berlin, Germany, where she served as a minister in the Norwegian Church, while continuing her academic work as a Research Fellow at the University of South Africa (UNISA, 2011-2014). Her research interests include NT exegesis and reception history, interpretative issues, gender theory, and ancient social history (“everyday life”). Recently she has also been involved in projects related to the interpretation of sacred texts more broadly, aiming at developing a “Comparative Intersectional Exegesis.” In addition to several articles and edited volumes, she has published three books: Gossip and Gender: Othering of Speech in the Pastoral Epistles (DeGruyter 2009). Destabilizing the Margins: An Intersectional Approach to Early Christian Memory (Wipf and Stock 2012); and The Slave Metaphor and Gendered Enslavement in Early Christian Discourse: Double Trouble Embodied (Routledge 2018).