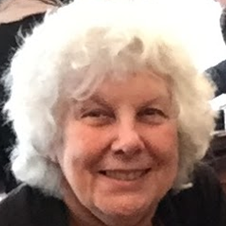 Eileen Barker, PhD, PhD h.c., FAcSS, FBA, OBE, Professor Emeritus of Sociology with Special Reference to the Study of Religion at the London School of Economics, University of London

Eileen Barker, PhD, PhD h.c., FAcSS, FBA, OBE is Professor Emeritus of Sociology with Special Reference to the Study of Religion at the London School of Economics, University of London. Her main research interest is ‘cults’, ‘sects’ and new religious movements, and the social reactions to which they give rise. Since 1989 she has also been investigating changes in the religious situation in the post-communist countries of Eastern Europe, and has been visiting China and the Far East regularly over the past 12 years.

In the late 1980s, with the support of the British Government and mainstream Churches, she founded INFORM (www.Inform.ac), an educational charity, now based at King’s College, London, which provides information about minority religions that is as accurate, objective and up-to-date as possible.

She has over 400 publications translated into 28 different languages, including 14 sole- authored and edited books, which including the The Making of a Moonie: Brainwashing or Choice? and New Religious Movements: A Practical Introduction. She is a frequent advisor to governments, other official bodies and law-enforcement agencies throughout the world, has made numerous appearances on television and radio, and has been invited to give guest lectures in over 50 countries.